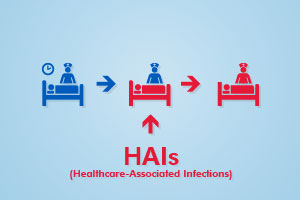 There have been decades of research on the transmission of Healthcare-Associated Infections (HAIs) throughout healthcare settings.  Studies have shown patients can be exposed to HAIs from contaminated healthcare workers’ attire, environmental surfaces (cabinets, bedrails, countertops, etc.), and reusable medical equipment.7,8  Therefore, many healthcare facilities have implemented Infection Prevention and Control programs to help reduce the spread of HAIs.  Some of the strategies employed to help control HAIs include hand washing and the use of disposable items, such as disposable blood pressure cuffs. With that in mind, the following is an abbreviated list of the “Top 7 Reasons to Use Disposable BP Cuffs to Reduce the Transmission of Healthcare-Associated Infections.”  To download our free ebook version with more in-depth information, pleaseclick here

Tags Prevention Cost Savings Infection Control Disposable BP Cuffs HAI
PRINT
We use cookies
Cookies are small text files that are downloaded onto your device when accessing this website and may entail sharing of data with 3rd parties. SunTech's cookies can be categorized as Required (necessary for the website to function properly, such as providing secure log-in or remember your preferences), Analytical (collect statistical usage data for website optimization) and/or Targeted Advertising (track your activity to deliver marketing content tailored to your interests, within and beyond SunTech websites). Click “ACCEPT” to agree to our terms and allow cookies or click “DENY" to refuse. If you choose "DENY" you may still access portions of this site, however, some functionality will not work.
ACCEPT DENY
More information on our privacy policy here: https://www.suntechmed.com/privacy