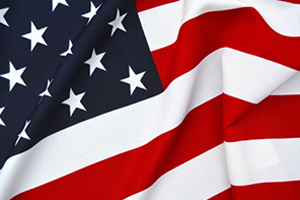 Hypertension, often called "the silent killer", is a medical condition that does not strike fear into the hearts of many people. Why? It often presents no noticeable symptoms.

Many people (myself included) don't feel the need to go to the doctor until they have (unbearable) symptoms of something being "wrong". It is a fair assumption then that if they are not going for regular check-ups with a healthcare provider, they are probably not monitoring blood pressure levels on their own either. It is also likely that some are even unaware that their blood pressure is at an unhealthy level.

The US Centers for Disease Control and Prevention (CDC) recently released a report on hypertension highlighting its prevalence and the need to get more people with the condition under control. The most striking statistics from the report explained that nearly 1,000 people die each day from diseases for which high blood pressure is a contributing factor in their development. Additionally, high blood pressure's direct health care cost is almost $131 billion annually. These are deaths which can be prevented and dollars which can be saved according to the CDC. In their report, the CDC calls for a team-based approach and makes suggestions for the government, heath care facilities, health care providers and even patients to contribute to a reduction in these numbers.

Hypertension is a wide-reaching public health problem which certainly deserves more attention than it often receives. It puts those that have it at a higher risk for developing more serious conditions such as heart disease, stroke, kidney disease, and/or eye disease. The CDC's report estimated that 36 million adults have hypertension but do not have the condition under control. Until society recognizes the potential health and financial costs that having untreated hypertension can create, uncontrolled hypertension will continue to be a public health issue.

So, how can we motivate everyone to take action? Perhaps hypertension needs a new nickname which holds the same notoriety as "the swine flu" or "the black death". If I knew I could be walking around with either of those, I would definitely be more mindful of monitoring my daily health.

Tags Blood Pressure Measurement hypertension High Blood Pressure Heart Disease Healthcare
PRINT
We use cookies
Cookies are small text files that are downloaded onto your device when accessing this website and may entail sharing of data with 3rd parties. SunTech's cookies can be categorized as Required (necessary for the website to function properly, such as providing secure log-in or remember your preferences), Analytical (collect statistical usage data for website optimization) and/or Targeted Advertising (track your activity to deliver marketing content tailored to your interests, within and beyond SunTech websites). Click “ACCEPT” to agree to our terms and allow cookies or click “DENY" to refuse. If you choose "DENY" you may still access portions of this site, however, some functionality will not work.
ACCEPT DENY
More information on our privacy policy here: https://www.suntechmed.com/privacy