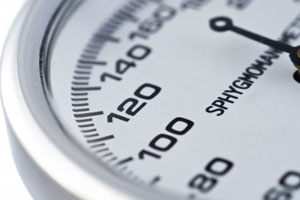 Apparently millions in the UK don't! And the Blood Pressure Association, a UK charity dedicated to lowering the nation's BP, wants to raise awareness of the so-called "silent killer" by promoting its largest event of the year, Know your Numbers! Week 2009. It's happening this week, 7-13 September, at thousands of Pressure Stations across the country.

While this is at a country-level, the most important part of these events is the awareness raised and the participation at the local level. There are days, weeks, and months that organizations like the American Heart Association (May) and the World Hypertension League (15 May annually) set aside to focus on raising people's awareness of their blood pressure. The good thing is that we live in a world where this has never been easier to do. And in the UK, this is the time to do it.

Tags blood pressure Blood Pressure Measurement Healthcare Prevention Diagnosis
PRINT
We use cookies
Cookies are small text files that are downloaded onto your device when accessing this website and may entail sharing of data with 3rd parties. SunTech's cookies can be categorized as Required (necessary for the website to function properly, such as providing secure log-in or remember your preferences), Analytical (collect statistical usage data for website optimization) and/or Targeted Advertising (track your activity to deliver marketing content tailored to your interests, within and beyond SunTech websites). Click “ACCEPT” to agree to our terms and allow cookies or click “DENY" to refuse. If you choose "DENY" you may still access portions of this site, however, some functionality will not work.
ACCEPT DENY
More information on our privacy policy here: https://www.suntechmed.com/privacy