Automated BP vs Manual BP Measurement: Which is Better? (Part 1 of 2) 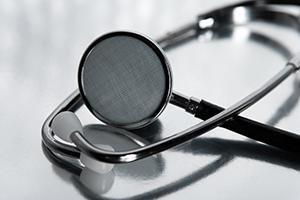 What’s a clinician to do? Debates about clinical trials, patient populations, and statistical analyses can seem hollow and distant when looking at an anxious patient in an exam room. At that moment, all that matters is what’s best for your patient. Yet clinically relevant data, and more importantly, rigorous discussion of that data, is the means to the end. Professional clinicians quite often need the former in order to effectively deliver the latter. To wit, two similar journal articles were recently published that arrived at two very different conclusions. Let’s take a look:

The first is entitled, Comparison of Automated Oscillometric Versus Auscultatory Blood Pressure Measurement, by Dr. Johanna Landgraf, Dr. Stanley Wishner, and Dr. Robert Kloner, and was published in the American Journal of Cardiology. The authors raise concerns about the use of automated oscillometric BP devices and reported a “significant difference observed in BP readings taken simultaneously using the auscultatory/mercury technique and the automated oscillometric technique.” They reported that manual auscultatory results were typically higher than those using automatic oscillometric devices, particularly in elderly patients (the mean discrepancy between methods was reported to be about 2 mm Hg). The main concern raised is the potential for some hypertensive patients to be undertreated as a result.

The second article, published in the Journal of Clinical Hypertension, is titled Why Automated Office Blood Pressure Should Now Replace the Mercury Sphygmomanometer, written by Dr. Martin G. Myers. Myers pulls no punches when he states that, “the mercury sphygmomanometer has now become an impediment to optimum care of the patient with hypertension in routine clinical practice.” His argument is based on the myriad number of extraneous factors associated with manual BP measurement in the real world, which result in BP readings of variable quality and accuracy. Automated oscillometric devices which have been independently validated for accuracy, Myers argues, can help eliminate such variability.

Scott Scargle, MSEE, is the OEM Technology Manager here at SunTech, and has over 13 years of engineering experience designing and building medical devices. He has some interesting technical observations about the Landgraf, et al article that are worth noting.

While the authors claim that the differences between manual and automated methods were significant, Scargle is not so sure. “I am not convinced that an observer mean SYS of 133 +/- 20 mmHg is significantly greater than the device mean SYS of 131 +/- 18  mmHg.  I think these values are quite comparable in most clinical settings, especially when you consider that most auscultatory BPs done by medical staff have much, much faster deflation rates than in this study.” In addition, since the Landgraf, et al study used the same cardiologist for all of the manual readings, Scargle wonders if an observer-to-observer comparison would have shown similar differences.

Scargle also notes that there can be differences between the automatic devices themselves. “Something that is often overlooked is the fact that oscillometric NIBP devices all have their own proprietary algorithms that were developed differently,” he says. Specifically, some devices may use publicly-available data to calculate their algorithms, while others conduct clinical trials on patient populations. The size and makeup of the population therefore affects the accuracy of the resulting algorithm. For example, SunTech has been able to hone its algorithms over two decades of regular clinical testing. As a result, its devices are quite accurate. “Large differences among devices should not exist because they all have to meet basic regulatory accuracy requirements,” observes Scargle, “but differences do exist—especially on more difficult patient populations.”

Scargle makes one last observation about the Landgraf, et al article. “Regarding device-observer comparisons, our own research has shown that many oscillometric devices read ‘low’ on hypertensive patients, so I don’t find their results surprising. SunTech has taken measures to address this and it’s our hope that other automated blood pressure manufacturers would do the same.”

In my next post, I’ll share some excerpts from an interview with Dr. Brian Forrest, M.D., a practicing hypertension specialist here in North Carolina. He’ll share his own thoughts about automatic versus manual sphygmomanometers. In the mean time, we'd like to hear yours!

Tags BP Technique Blood Pressure Measurement hypertension Manual BP Automated BP
PRINT
We use cookies
Cookies are small text files that are downloaded onto your device when accessing this website and may entail sharing of data with 3rd parties. SunTech's cookies can be categorized as Required (necessary for the website to function properly, such as providing secure log-in or remember your preferences), Analytical (collect statistical usage data for website optimization) and/or Targeted Advertising (track your activity to deliver marketing content tailored to your interests, within and beyond SunTech websites). Click “ACCEPT” to agree to our terms and allow cookies or click “DENY" to refuse. If you choose "DENY" you may still access portions of this site, however, some functionality will not work.
ACCEPT DENY
More information on our privacy policy here: https://www.suntechmed.com/privacy