May 31 Posted by Kent Lupino in BP+Vitals Measurement 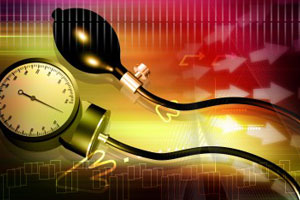 Quite a lot has been said in clinical circles about the best way to assess a person’s blood pressure. Manual? Oscillometric? During office visits? At home? Over 24-hours? Average? Trend? Peak? At times, the debate has gotten pretty hot. In a recent issue of the journal Hypertension, Drs. George Stergiou and Gianfranco Parati published an editorial that proposes a more practical approach.

“On such a complex background, it is difficult to identify the optimal strategy for taking BP variability and instability into account in routine practice.”

The authors begin by reviewing research that deals with how fluctuations in BP taken in different settings can be related to various types of hemodynamic stress, independent of average BP values. They also discuss factors like patient compliance with treatment regimes, and the relationship between BP variability and neural mechanisms. Ultimately, the authors recognize the need for continued research and admit that many relationships between the various components of BP variability and mechanisms used to measure it remain unclear for most researchers and practicing physicians.

In the end, how should a physician approach all of this controversy when treating their patients? Or as the authors put it, “On such a complex background, it is difficult to identify the optimal strategy for taking BP variability and instability into account in routine practice.” That’s probably an understatement. But the authors do offer some common-sense wisdom that’s helpful:

And when combined with in-office and 24-hour ambulatory blood pressure monitoring, a doctor should have a pretty clear picture of a patient’s blood pressure. Good advice!