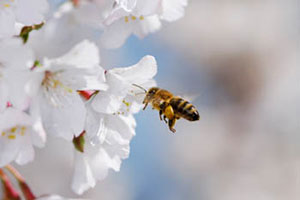 As a manufacturer of disposable blood pressure cuffs, we are always interested in new information concerning infection control and potential ways to control antibiotic resistant bacteria (“superbugs”). Since superbugs are creating a serious and growing global threat to public health, the World Health Organization has made antibiotic resistance the central focus of this year’s World Health Day. Furthermore, the Infectious Disease Society of America (ISDA) warns that “unless sweeping actions are taken now, the future could resemble the days before these miracle drugs were developed. People will die of common infections and many medical interventions we take for granted – surgery, chemotherapy, organ transplantation, and premature infant care – will no longer be possible.”

There are several factors that have contributed to the rise in antibiotic resistance bacteria. First, antibiotics are becoming less effective due to over-prescription and improper use. Second, bacteria are able to reproduce quickly and are able to develop extremely efficient ways to exchange and promulgate resistance genes, thus thwarting our best efforts to contain and destroy them with antibiotics. Third, most major drug companies today have steered clear of antibiotic research due to the relatively small payoff and long development effort. Figuratively speaking, 16 new antibiotics were approved between 1983 and 1987, while only 2 new antibiotics have been approved since 2008.

With the concerns of a looming “health care disaster” among us if we cannot find new antibiotics to combat these “super bugs”, researchers at the University of Wales Institute Cardiff have recently found a potential way to reverse bacterial resistance to antibiotics using manuka honey. Professor Rose Cooper is leading the research on how manuka honey interacts with three types of bacteria that commonly infest wounds: Pseudomonas aeruginosa, Group A Streptococci, and Meticillin-resistant Staphylococcus aureus (MRSA). Professor Cooper’s researchers have found that manuka honey can interfere with the attachment of Pseudomonas and Streptococci bacterium to tissues, which is an essential step in the initiation of acute infections, and also blocks the formation of biofilms on the bacteria to protect them from antibiotics. Their research has also shown that manuka honey makes MRSA more sensitive to antibiotics (such as oxacillin), thus reversing antibiotic resistance. These findings indicate that existing antibiotics may be more effective against antibiotic resistance infections if combined with manuka honey.

Professor Cooper’s research is a positive step in the right direction in fighting this global health crisis. Hopefully, this research will increase the clinical use of manuka honey as doctors are currently faced with powerful new superbugs, such as NDM-1, that are currently resistant to all known antibiotics on the market. “We need innovative and effective ways of controlling wound infections that are unlikely to contribute to increased antimicrobial resistance” says Professor Cooper. “The use of a topical agent to eradicate bacteria from wounds is potentially cheaper and may well improve antibiotic therapy in the future. This will help reduce the transmission of antibiotic-resistant bacteria from colonized wounds to susceptible patients.”

10 Things To Look For When Purchasing Disposable Cuffs

5 Observations about EMR Integration and Interoperability

ABPM Makes a Lot of Cents

ABPM Reimbursement in the US